History of the MUTCD 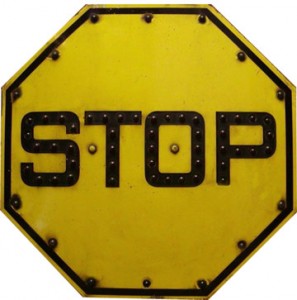 The following information is summarized from an article on the FHWA website referenced from research published by H. Gene Hawkins, Jr. and published at the Institute of Transportation Engineers website.  The 1900’s  brought economic affluence and the automobile to America, and soon families were venturing further from home on weekend outings.  Quite often, people would become lost or confused by vague or absent directional signs. Also, it generated a need for wider roads and driving etiquette.  Soon transcontinental trains connected the two sides of the continent and the U.S. Highways developed in a few short decades.  As early as 1899, automobile clubs in New York City were formed with the intention of placing or maintaining signs on principal local highways to guide drivers through areas or to specific sights.  In 1905, the Buffalo Automobile Club installed signposts throughout New York State.  In 1909, the Automobile Club of California organized a project to post signs at principal highways within a 250-mile radius of San Francisco.  Likewise, many groups around the Country would also develop a road marking system.  Naturally, the various marking systems began to overlap. Competition for signing certain heavily-traveled routes was fierce and organizations became increasingly aggressive concerning which club would be responsible for signing which routes.  As much as 40 – 50 percent of popular roads could contain as many as eleven different signs indicating one route.

In the early 1920’s, a group toured several States with the intention of developing a basis for uniform signs and road markings. They developed a classification for sign shapes based on the level of danger represented by highway situations.  For example, round signs warned of railroad crossing; octagons indicate the next level of danger – to STOP at intersections; diamond shapes advise more ordinary conditions or caution; rectangular signs provide direction or regulatory information.  All signs were black letters on white background and could only be 2′ square.  They shared their findings with the Mississippi Valley Association of Highway Departments in 1932 which resulted in standards for sign shapes – some of which we still use today!

In 1924 the first manual for signs was developed by the American Association of State Highway Officials (AASHO, forerunner of AASHTO).  The report combined the previous efforts to produce standardize sign shapes and colors.  In this report, the group advised using yellow as the background color for all danger and caution signs (including STOP signs) because of its superior visibility to red.  Red was rejected because of night-time visibility.  This report also proposed the shape of a shield to designate U.S. highways.   The importance of the AASHO report is that is became the basis for the first guidebook, Manual and Specifications for the Manufacture, Display, and Erection of U.S. Standard Road Markers and Signs, in 1927.  This manual set forth the standards for use and design for signs on rural roads.  After a short time, the Manual on Street Traffic Signs, Signals, and Markings was published to address urban traffic control devices.  This manual complemented the AASHO rural manual, with material that also included traffic signals, pavement markings, and safety zones.  The manual also allowed smaller signs in urban areas, and the STOP sign was modified to allow red letters on a yellow background.

Two different manuals confused the attempt to standardize traffic control devices,  therefore, in 1932, AASHO and NCSHS formed the first Joint Committee on Uniform Traffic Control Devices (JC). The first MUTCD was duplicated on a mimeographed in 1935.  However, due to the demand it was published 1937 with 166 pages divided into 4 sections – signs, markings, signals, and islands.  In November 1935, the first edition of MUTCD was approved as an American Standard.  It set the standard for types of signs by classifying them as regulatory, warning, or guide signs.  Regulatory signs were black letters on white rectangles (except STOP – black letters on yellow or yellow letters on red octagon); warning signs were diamond-shaped; caution signs were square.  The manual also promoted using symbols on signs because nighttime roadway illumination was becoming more common.
The 1935 MUTCD also included pavement marking standards.  Center-lines were white, yellow, or black – depending on the best contrasting color and required only on approaches to a hill with less than 500 ft visibility, short radius curves, curves with restricted view, or pavements wider than 40 ft. It also set the standard on the number, color, and meaning of signal indications.  The 3-color signal was adopted as the standard.

1948 – MUTCD -postwar – every Traffic Control Device was addressed in only one place in the manual, simplify word signs, and adopt standard rounded-letter alphabet for all signs.

1954 – 15 page supplement to the 1948 MUTCD – 47 revisions with descriptions.  Most important change is that the color for the STOP sign standardized to white letters on red background.  Guide signs to be used on highways and interstates, and white letters on green background adopted for Interstate highways.

1966 – The U.S. Secretary of Transportation, under authority granted by the Highway Safety Act of 1966, decreed that traffic control devices on all streets and highways open to public travel in accordance with we U.S.C. 109(d) and 402(a) in each State shall be in substantial conformance with the Standards issued or endorsed by the FHWA.

1971 – MUTCD – completely rewritten – The Federal Highway Administration (FHWA) is associated with MUTCD.  Definitions and language included “should”, “shall”, and “may” requirements. Orange designated for construction signing, yellow markings separated opposing traffic, and wider use of symbols signs.  School signs were also adopted.